Is your project manager crying in the corner with their torn up schedule spread around them? Is your customer wondering where their promised service or good is? Is your development team running up to you with a great way to make this project even better… three weeks after you kicked off the project?

If you said yes to any or all of these questions, you might have contracted scope creep. But don’t worry! You’re not alone. Every year, thousands and thousands of companies face scope creep, and fortunately, there is a cure. However, it is important to identify the symptoms of scope creep as soon as possible before it becomes a more serious condition.

After all, scope creep isn’t really the problem; it’s just a symptom of bigger problems!

Before we start diving into the causes of scope creep, it’s important to get everyone on the same page. Scope creep is essentially when a project expands beyond the agreed-upon plan. This might cause an excessive use of time, resources, or money. And since time is money, and resources cost money, and money is, well, money, scope creep adds a lot to costs and can ultimately lead to the project coming to a calamitous end.

Scope creep doesn’t have to necessarily come from “negative” sources, either. It can just as easily happen when you run into unexpected obstacles as it can after a super productive team meeting discussing new ideas. In other words, scope creep doesn’t just happen when your dev team goes rogue. It can happen on everyone’s watch and with the entire team’s agreement.

Remember: scope creep can disguise itself as a good idea, which makes it even harder to diagnose!

Ultimately, scope creep is best combated with good communication, smart goal setting, and a healthy dose of project management personnel. Savvy project managers understand how projects change and how much a project can change while still meeting deadlines. However, sometimes a project manager has to be the one who says no to ideas. This can create an unanticipated side effect; however, sometimes saying no is the healthiest thing you can do.

If you are experiencing scope creep often, then it might be time to evaluate how your team works. Maybe one team has a hard time understanding what another team does. Or maybe what you think is crystal clear goal setting is actually not being received properly. The important thing is to realize that scope creep is manageable, although it’s never completely cured. However, with the proper software, team members, and leadership, your business can still live a healthy, normal life even while dealing with scope creep.

“Nonadherence” has been estimated to cost the US healthcare system between $100 billion and $289 billion annually. But the cost of “patient non-compliance” is measured in more than just dollars. It... 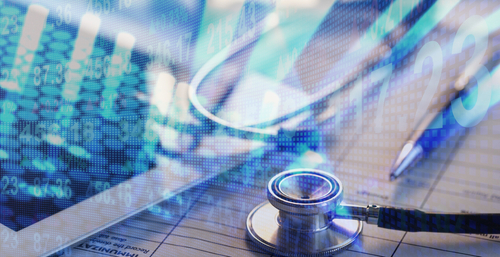 XD is the Rx the Healthcare Industry Needs

There’s a lot ailing the healthcare industry. While everyone has a possible solution to the most pressing problems, we believe that sometimes the conversation misses the trees through the forest. As...

What is Customer Experience (CX) Design, and Why Does it Matter?

Increasingly, companies aren’t just selling products and services to their customers. They’re selling experiences, which is why the most successful companies have invested so many resources into...